JE LinkedIn works almost alike with the other three. Admins can manually import and clean up jobs… 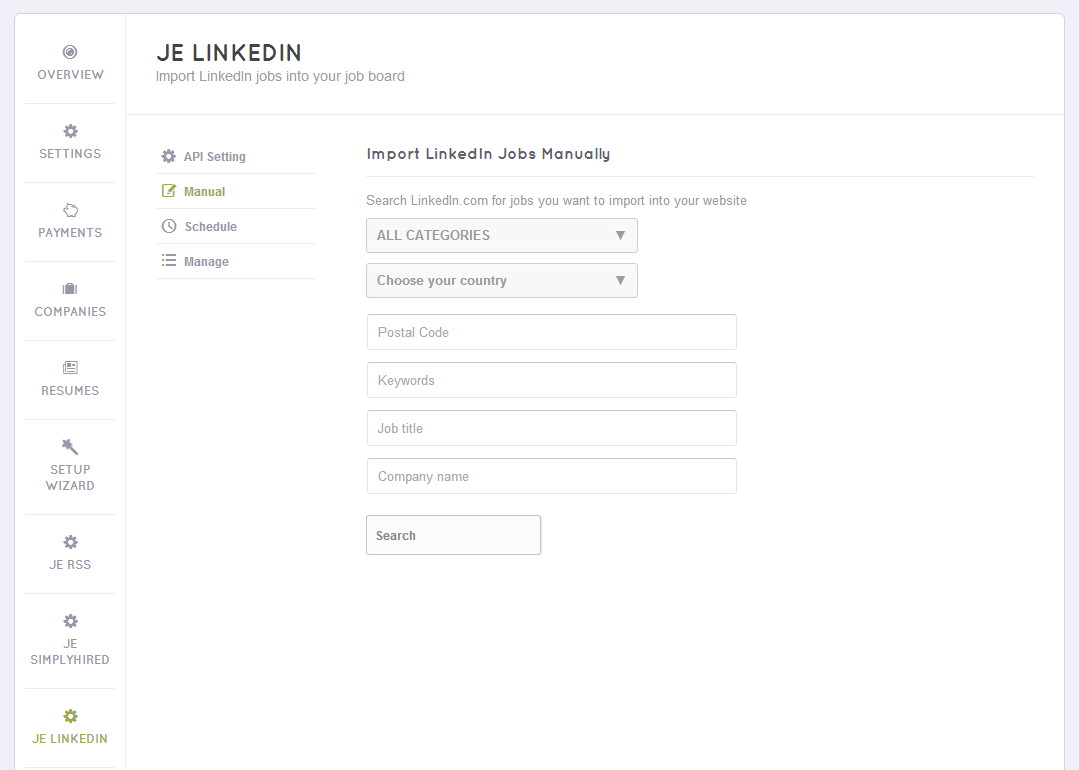 …or conveniently do it with a scheduler. When scheduling job import, admins have to predefine the job category, job type, and job author. You can create schedules as many as you need, enable or disable or completely remove them anytime you need to. A job previously imported won’t be imported again. 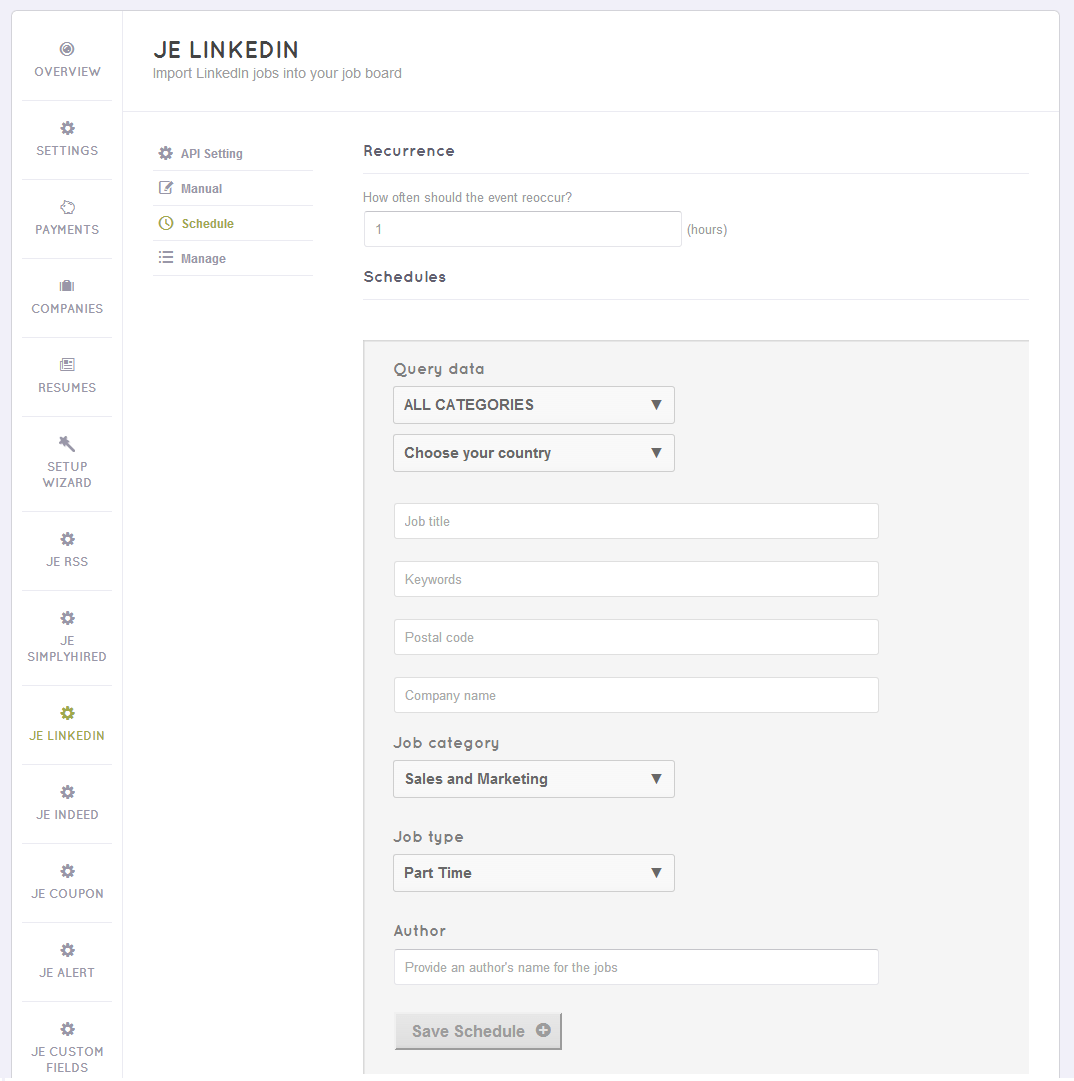 Like JE Indeed, JE LinkedIn also has an option to display “Job by LinkedIn” label. When ticked to display, the label is seen on the right of each LinkedIn job in job listings in the frontend.

Another noted feature is that LinkedIn jobs are viewed like normal jobs in the frontend. When a jobseeker clicks a LinkedIn job, he’ll be able to view the job details in your job board and will only be redirected to Linked job page when he clicks the “Apply” button.

Compatibility issues with WordPress 3.6 and some non-working scripts in the backend were fixed on the new versions of the following extensions: JE Indeed v3.3.1, JE SimplyHired v1.1.1, JE RSS Importer v2.1.1, and JE Jobroll v1.0.1.

This site uses Akismet to reduce spam. Learn how your comment data is processed.

EngineThemes uses cookies to improve your experience. We'll assume you're ok with this, but you can opt-out if you wish. Accept or Read More